On February 28, 1940, W.V. Gould Sr. was elected President of the DeLand Real Estate Board by the six members who were present. In June of the same year, the President of NAR presented their charter. By 1954 the Board had 21 REALTOR® members and in 1956 they named the first REALTOR® of the Year. In 1963 the Board decided to begin a Multiple Listing system and by 1965 they had 36 members. In 1971 the Board hired Ann Caskey to handle the listings in the MLS at $1.00 per listing. There were 171 listings. In 1976 the first computer based MLS books were printed.

In 1975 the Board rented an office on North Amelia Avenue and in 1979 the Board moved into offices on East New York Avenue. 1984 was the charter year for the Honor Society where twenty-four members were inducted.

In 1989 the first Leadership Retreat was held and the Board hosted Dr. Joyce Brothers who spoke on “The Art of Persuasion.” In 1991 the Board name changed to the West Volusia Association of REALTORS® and the Association purchased the current office in Orange City.

Today, WVAR serves over 1,600 real estate professionals and industry partners in Volusia County and Central Florida and continues to experience tremendous growth as the West Volusia community continues to expand. 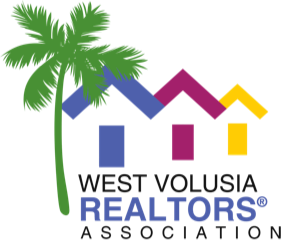 Protecting Homeowners and Advancing Professionalism since 1922.